In July 2008 I purchased two Seagate Barracuda ST3500320AS 500GB hard disks. One started reporting a high (and growing) number of unreadable/unrecoverable sectors and so I returned it for a warranty replacement. A couple of weeks later the second drive started doing the same.

A few months after that I started to see forum posts and reports from other Seagate customers reporting defective and dead drives, all of the same type and age. This soon turned into a flood of complaints on the Seagate community support forum and the IT press picked up the story.

» Engadget: Seagate Barracuda 7200.11 drives said to be failing at an alarming rate

On 18th January 2009 Seagate responded officially and acknowledged that there were firmware issues with some drives. 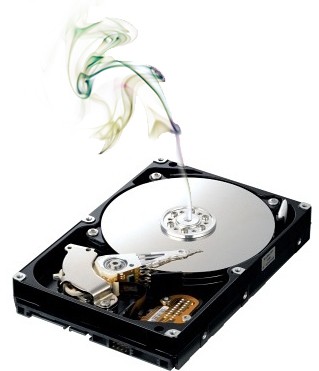 A number of Seagate hard drives from the following families may become inaccessible when the host system is powered on:

Once a drive has become affected the data becomes inaccessible to users but the data is not deleted.  Seagate has isolated this issue to a firmware bug affecting drives from these families manufactured in December 2008.

Please use the following tools and instructions to determine if you have one of the affected products.  If your drive is affected, we recommend that you update the firmware on the disk drive to prevent this condition.

(Note the incorrect “firmware bug affecting drives … manufactured in December 2008”, when they should have said “through to December 2008”).

In response to customer complaints Seagate then released an updated-update the next day, with the same SD1A version number.

This update caused the BIOS of some PCs to stop detecting the 500GB capacity drives, rendering them unusable. Well done Seagate!

Seagate removed the download link and then finally on 21st January 2009 released an updated-updated-update, yet again with the same version number SD1A.

Could they possibly be any more incompetent in dealing with an already bad situation?

I gather the final version of the SD1A update is safe to use, I haven’t tried it for myself as I opted to purchase new Western Digital Caviar drives and migrate all my data to them instead.

Seagate later decided to close all the forum threads about this issue and “consolidate” them into a new thread:

To consolidate the discussion regarding the Seagate Barracuda 7200.11 Firmware issues, please post all related messages in the new thread that we have begun for the purpose of centering all the discussion in one place. Please do not post firmware-related content in another thread. We are closing this thread to redirect.

Thank you for your understanding!

Try clicking on the link and see what you get!

The message you are trying to access has been deleted. Please update your bookmarks.