Notice any similarities between these two adverts?

The top one is a 2008 brand campaign for O2, the one below it is the new Lotto advert for National Lottery. 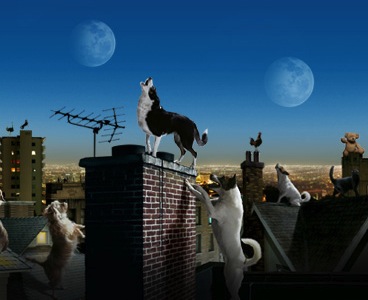 Now who is in charge of marketing at National Lottery operator Camelot?

That would be Sally Cowdry, O2’s ex-Marketing Director!

She likes to recycle 🙂

Every mobile network operator I’ve ever worked with has been preoccupied with the corporate paranoia that they might one day become “just a bit-pipe”. It’s spoken about in hushed tones like it will be the end of the world if data is the main service they end up delivering to their customers.

To counter the bit-pipe fear, some operators have desperately attempted to expand beyond their core business. They seek to exploit their brands and diversify into other service industries.

O2 has been the greatest exponent of this strategy, as described in this Marketing Week article from March 2012:

O2 is to implement a new business approach designed to champion innovation and which includes a brand campaign that will convey its “Fresh thinking, new possibilities” mindset to consumers.

The new mantra, created by O2’s marketing department, will be underpinned by a refreshed brand strategy, which will move the focus of O2’s marketing away from handsets and tariffs to other areas of its business, such as money, ticketing and charity initiatives.

Sally Cowdry, O2’s marketing and consumer director, says the new way of thinking has been endorsed by the board, so every division must now ensure every business process has “Fresh thinking, new possibilities” at its core.

Presumably this new way of thinking hasn’t gone down all that well since Sally Cowdry has subsequently announced her departure from the O2 business.

With the current obsession for cloud-based services, social networking and on-demand entertainment, being a ‘bit-pipe’ has actually become very important indeed.

When Google invented the Chromebook, they recognised that most people need a laptop computer for web browsing – and that requires Internet connectivity. The same is also true of most smart phones. If you don’t have good network coverage, be it cellular data or WiFi, then there’s not much fun to be had with your shiny device.

So what has become the fuel for all our connected devices? Mobile data connectivity.

Consumers want a reliable mobile network, with bandwidth on tap and good coverage. Provide all of these for a reasonable price and consumers will stay with you. Yes voice and text revenues are on the decline, but those conventional cash-cow revenue streams are simply being substituted by data consumption.

While some mobile operators diverted investment away from their core network and bet the family silver on non-telecomms service strategies, 3 Mobile bravely took the opposite approach and heavily promoted their ‘big-boned’ Internet credentials. Not long after Orange & T-Mobile got together and re-invented themselves as the superfast connectivity provider EE.

This unashamed focus on data connectivity is unsurprisingly a hit with data hungry consumers, with recent commercial success going to those who embrace the bit-pipe philosophy!

Time will tell which strategy has proven most sustainable, but with the unpopular O2 Wallet service already due to be obsoleted by the Payments Council’s mobile payments, I know where my money is. 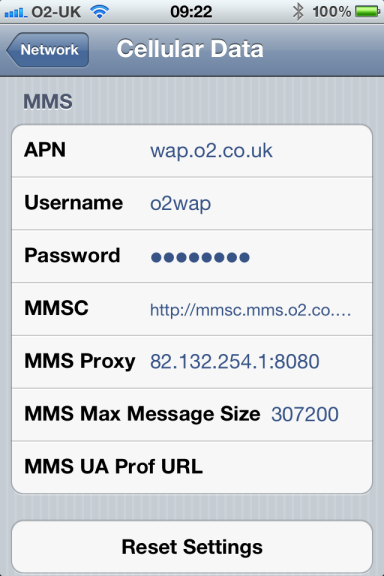 Do you use an iPhone on the O2-UK network and find that you can no longer send or receive MMS since the last iPhone software update?

It seems that Apple’s carrier bundle settings for O2-UK don’t recognise that some O2 customers aren’t on official iPhone tariffs and so need different MMS settings to the default.

Below are the O2 MMS settings that you should use if you are not on an official iPhone tariff. For example you might be fortunate enough to still be on a Simplicity tariff with unlimited data.

Switch your iPhone off and on again after making these changes and MMS should be fully restored.

In July 2008 O2 announced a deal with BT to provide access to over 3,000 BT Openzone premier WiFi hotspots for all their iPhone customers.

There was however a technical spanner in the works, which has prevailed in ruining this bonus ever since. The name of this ‘spanner’ is BT FON. 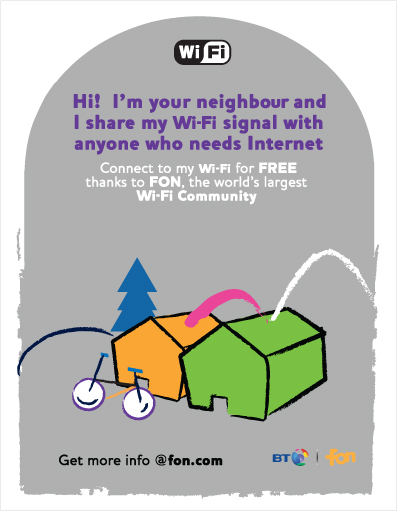 FON is a network of community hotspots, which in the UK is mostly made up of BT Total Broadband customers. As a BT customer you can opt-in to sharing your broadband bandwidth with other FON members. In return you have access to any BT FON community hotspot that you come across.

It’s actually quite a neat idea, but the launch of this service introduced a big problem for iPhone customers trying to use the BT Openzone premier hotspots.

For reasons best known to themselves, when BT set up a BT FON community hotspot they also make it act like a BT Openzone hotspot. This is fine if you’re a BT FON member as you can roam onto either of these networks, but if you’re a subscriber of BT Openzone through a partner like O2 then you only have access to the BT Openzone premier hotspots.

Most smartphones remember known WiFi networks and will automatically associate with them when they are in range. The only way they have of differentiating between networks is the network name – or SSID.

If you save the “BT Openzone” SSID on your smartphone then it will attempt to use a WiFi hotspot that broadcasts that name whenever it’s in range. This allows the device to seamlessly move between WiFi access points and cellular data without having to ask you each time.

The problem for O2 customers is that when have registered with BT Openzone and saved it as a known network, your smartphone will blindly associate with any hotspot which claims to be “BT Openzone”. This includes the BT FON hotspots for which you don’t have access!

When this happens your smartphone effectively goes offline and apps which rely on a data connection stop working until you move out of range. The only remedy for this is to remove BT Openzone from the known networks list, which is an inconvenience and negates the benefits of a BT Openzone subscription.

Now finally it seems that BT are addressing the problem. They are hastily updating residential home hubs and changing the broadcast SSID from “BT Openzone” to “BT Openzone-H”.

Thank you BT. It’s only taken you 4 years to sort this mess out.

It’s bewildering what the BBC considers to be front page news.

Oh dear! Did international roaming fail leaving O2 customers without data services abroad, or did naughty O2 overcharge their customers? No, neither.

This headline actually relates to an insignificant story of how a very small number of O2’s roaming customers received a text message incorrectly informing them that they had run up large data roaming charges.

Rachel Sinclair, from Bristol, was just hours into her trip to France on the 24 September, when she received a text on her iPhone telling her she had downloaded £20 of data.

“I double checked the roaming function was off and then turned off the handset but the next morning I received another text saying the bill had gone up to £40. I was away with friends and it really took a bit of pleasure out of the holiday.”

After investigating her case, O2 said that she had in fact accrued just 60p in data roaming charges, not £40.

The company estimates that she was one of up to 100 customers who were sent messages in error at the end of last month, warning them they had reached data roaming limits even though they had not downloaded that amount.

So this wasn’t a case of a mobile operator overcharging, just their automatic warning systems being a bit trigger happy.

This text glitch apparently affected “up to 100” of O2’s 22 million mobile customers (0.0005% of O2’s mobile customer base), but still the BBC News editors deemed this story of sufficient international public interest to promote it to their front page.

BBC: Some travellers have been hit with bill shocks in the past

So? Some travellers have been hit by lightning in the past! What has this got to do with anything? It’s sloppy sensationalist journalism, at a time when the National Union of Journalists are complaining about the proposed cuts at the BBC. First for the chop should be Susannah Streeter, the author of this drivel.